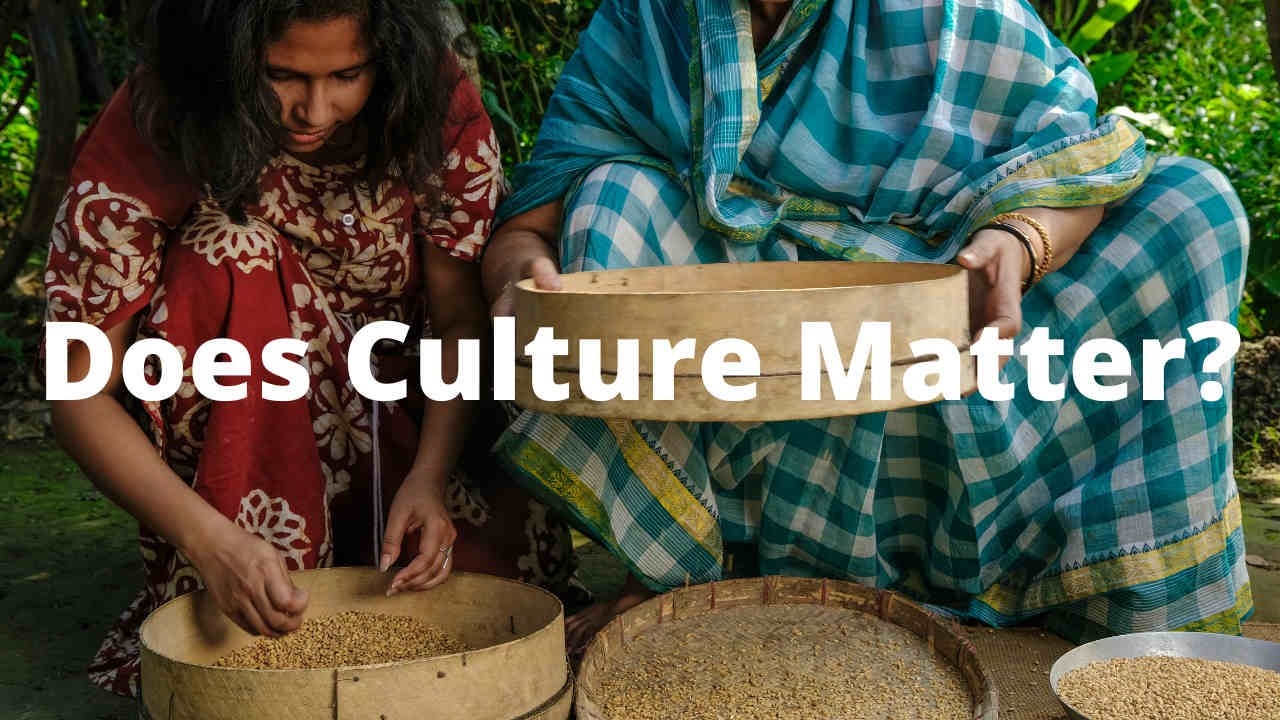 Many people scoff at the idea that Culture has any meaning in our Modern World, but we can stop now.

We have the data.

We have the memories.

We have the historical presentation.

And this truth hits many at the core of their being.

Is it possible that I am wrong?

And we respond very simply - we told you so!

So now, let's go into the 5 Reasons why you must embrace Culture if you want to evolve in the Creator Economy.

Reason 1 - Culture is the Environment for Everything

I can't believe people around the world has missed this important byline, bullet point, and major benefit of Culture.

If you look back, all major movements and inventions in America were incubated and delivered inside of a Culture:

Ironically, the ones claiming there is Culture have been lying to us.

The biggest liar of all time - Pop Culture!

Reason 2 - Culture is the Proper Direction

Many of your employees are going to be all over the place and this is standard behavior.

When you join a Company, what do people do?

They watch others and mimic what they do.

I know you have a Handbook and Social Ethics Classes, but they will not read the Handbook and their alibi is always the same:

Without Culture, your organization will always be a Hot Chocolate Mess!

Although Culture is elusive, its impact can be seen in hindsight with proper contextual vision.

When you are inside of it, it's difficult to weigh in and figure out the progression of its impact on the Population.

I promise you, Mindset is not going to fix Company-wide Problems - only Culture has that power!

And this leads us to the propaganda and fake news being delivered to the world today.

I hear the people screaming - mindset, mindset, it's all about Mindset.

They are losing major cool points with this approach.

Quantum Mechanics tells us that the Brain can't tell the difference what it has experienced and what it is thinking about.

Why would you set your entire Company's Value System on a fragile object that can be tricked so easily?

The beauty of Culture is how it emanates outward and pushes your Employees to let its embracing arms massage their brains.

When they have downtime or taking a breather, many Employees will be fascinated by the Cultural aspect of their Environment:

There's no need to do brainstorming sessions about these wonderful ideas, just accept that Culture is the Hub and Environment for proper consciousness and behavior for your Company.